“We have an infrastructure deficit in this province and it just continues to crumble. We will have to replace it and we need money to do that.”
Nov 22, 2019 3:00 PM By: Jenna Dulewich 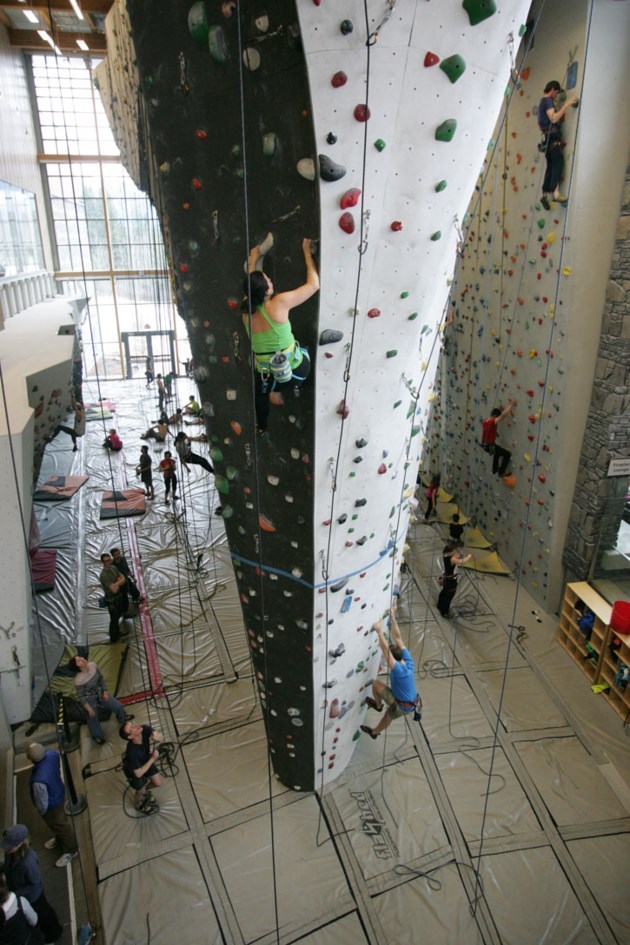 Canmore used the majority of its Municipal Sustainability Initiative money to develop Elevation Place, which has been open since spring 2013.

BOW VALLEY – The newly elected UCP government's first budget and changes the party has planned for how municipalities are to be funded over the next four years is causing concerns for Bow Valley councils.

In 2019, the Town of Banff expects to be short $970,000 from what it budgeted in receiving from the provincial Municipal Sustainability Grant (MSI), and another $5.6 million over the next several years.

The MD of Bighorn and the Town of Canmore are in the same boat, with officials set to revise capital plans during upcoming budget discussions once the full scope of reduced MSI funding is understood. Canmore expects to receive $254,654 less in 2019 as a result and the MD is still trying to understand the effects to its grant revenues.

"The MSI has allowed us to consider projects that just would have been out of reach otherwise … we have been working very hard at roads and bridges and flood recovery and flood mitigation [working] on a priority basis, so while we were getting help, some more urgent and important projects got done first.”

MSI was established in 2007 and provides capital and operating grant funding for municipal budgets. It has paid for local facilities like Elevation Place, the Banff Fenlands Recreation Centre and steep creek flood mitigation in the MD of Bighorn.

The program is set to end in 2022 and municipalities were working toward establishing a new funding program with the NDP government prior to the spring election.

For more than a decade, the funding has helped build roadways and bridges, water and wastewater systems, public transit facilities, recreation and sport facilities, ensuring infrastructure and priority projects were able to continue with provincial support.

With a looming expiration date in the next four years, Banff-Kananaskis MLA Miranda Rosin said the funding formula will not change this year, but the Alberta government is moving forward with a single local government fiscal framework putting Alberta in line with other provinces.

“We will be maintaining all dollars promised to municipalities for the 2019-20 fiscal year, however after this we will be bringing Alberta’s municipality spending closer in line with that of other provinces in our federation,” Rosin wrote in an emailed statement.

Noting that Alberta’s municipal grant levels are currently 20 per cent higher than the national average, Rosin said Alberta’s levels are at $440 per capita versus the average $357 per capita.

“Albertans elected us with an overwhelming strong majority to get Alberta’s finances in line and balance the books by 2023, and we are committed to ensuring we honour that promise we made to Albertans so that our future generations can afford the same quality of life that we do, without having to pay for our over-spending,” she wrote.

For the MD of Bighorn, Reeve Cooper said he was happy to finally hear about the budget giving a sense of direction, but noted the current MSI funding formula is one that does not benefit the MD.

“We live in a very high assessment area with a very low population – I’m sending more money out and only some of what I contribute comes back. With MSI we got about 50 per cent of what we anticipated on the basis of assessment, the populations were too low on assessment … Bighorn has always been disadvantaged by the assessment formula,” Cooper said.

The Reeve said while the funding has helping close the infrastructure gap, the MD "did not arrive at the finish line."

For Canmore, officials say the assessment formula has worked out to the Town’s advantage, but they will have to wait and see what the new formula brings. The current formula combines a per capita contribution with the local assessment – or the total value of property in a municipality, which for Canmore is approximately $8 billion. The province also doesn't consider non-permanent residents in its per capita formula, which puts Canmore at a disadvantage when using that type of calculation.

“The formula has worked to our advantage, it works for a higher assessment where we don’t get to count residents, but we are somewhat compensated for the [land] assessment side of the formula – we are hopeful to see that moving forward,” said Canmore's Chief Administrative Officer Lisa de Soto.

She said between the Basic Municipal Transportation Grant (BMTG) and MSI funding, the Town was expecting $4.5 million this year, but is anticipating a $254,654 shortfall.

De Soto said administration will review all capital budget projects funded by those programs and make recommendations to council at its upcoming budget meetings.

“We are just learning what the budget means," de Soto said.

For Banff, the Town expected $2.6 million in MSI and BMTG funding this year, but now expects a shortfall of $971,000.

“Council will meet with administration where council will get a much better picture on what this will mean,” Sorensen said.

“But I am proud of Banff, we are in a strong position where we’ve done a good job of building our capital reserves over time, so we don’t have to completely rely on grants [and] it can soften the impact to residents where we can draw from what we saved.”

In a response to the recently released budget, the Alberta Urban Municipalities Association (AUMA) stated it looks forward to further details about how municipalities will be funded after 2022. However, the association said the depletion of the MSI causes concerns, as the funding levels fail to address the long-term infrastructure needs of Alberta’s communities.

“Despite a lack of consultations from the government on a new municipal funding framework, AUMA will continue to advocate for a framework that supports the province's financial goals while also meeting the needs and responsibilities of our communities," AUMA president Barry Morishita said.

"While the province reduces its budget by 2.8 per cent over the next four years, it has proposed reducing our infrastructure funding by almost 10 times that amount. With municipal governments currently facing a multi-billion-dollar infrastructure deficit, these funding cuts will lead to crumbling community infrastructure, or higher taxes for property owners for years to come."

Cooper said he had similar concerns.

“We have an infrastructure deficit in this province and it just continues to crumble,” Cooper said.

“We will have to replace it and we need money to do that.”

Future municipal funding from province up for renegotiation
Apr 12, 2018 12:00 AM