The Willow Stream Spa is undergoing renovations, the Kananaskis Nordic Spa is officially complete, Discover Banff was named one of the 500 fastest growing businesses in Canada and Engel & Völkers is opening up an office in Banff
0
Nov 17, 2019 10:19 AM By: Rocky Mountain Outlook 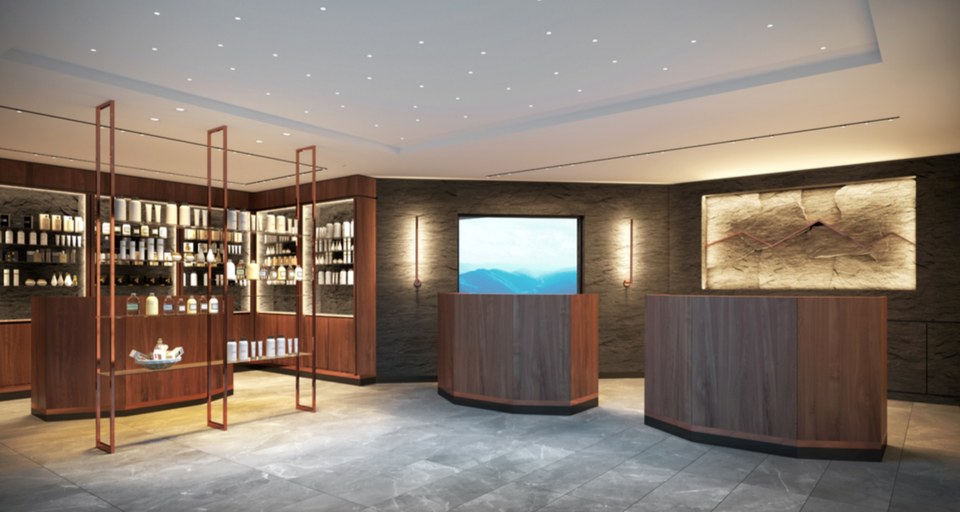 An artist's rendering of the new reception area at the Willow Stream Spa at the Fairmont Banff Springs. SUBMITTED IMAGE

BANFF – The Fairmont Banff Springs Willow Stream Spa is getting a $3.5 million revamp.

The large development project officially began Sept. 11 with an unveiling expected in December, according to a press release from Fairmont Banff Springs.

The project will see a “re-imagined spa reception and boutique, which will add an additional 50 per cent of retail space,” the release said.

The completion of the facility features a two-storey bistro and deck area overlooking the pool areas, as well as two salt water pools, one hot and one warm. That's in addition to the pools, steam rooms, saunas and salt exfoliation hut that were completed in 2018 as part of phase one of the project.

The spa’s features aim to promote relaxation, wellness and connectivity through a hydrotherapy method, according to a press release.

On the list, compiled by Maclean's Magazine and Canadian Business, the tour company is recognized as one of 500 fastest growing businesses in Canada.

According to a press release, Discover Banff Tours has a five-year revenue of 187 per cent.

"To feature on the Growth 500 list, alongside a dynamic selection of innovative Canadian companies across all sectors – from tech to retail – is truly a privilege," said CEO and co-owner Jonathan Welsh in a press release. "It’s been important to us as a company, working to deliver memorable and diverse tourism experiences in and around the Canadian Rockies since 1999, that we continue to evolve and add interesting, new ways for travelers and visitors to enjoy time in Banff National Park to our tour roster, while remaining true to why we started the company almost twenty years ago; this is about successful growth as a proud Banff-based company and employer of 60, but maintaining our position as a locally-focused and sustainable company."

The list recognizes companies within Canada based on a five-year revenue growth. The winners are profiled online at CanadianBusiness.com and Growth500.ca.

BANFF – The luxury real estate brand, Engel & Völkers is expanding into Banff with a new shop planned to open in the new year.

According to a press release, Bow Valley Realty Ltd. will do its business as Engel & Völkers Banff Canmore under the leadership of Mark Dalton.

The new shop will provide services to home sellers and buyers in the Bow Valley and plans to open its next shop sometime in the next year.

Engel & Völkers operates a global network of over 11,000 real estate professionals in more than 30 countries.