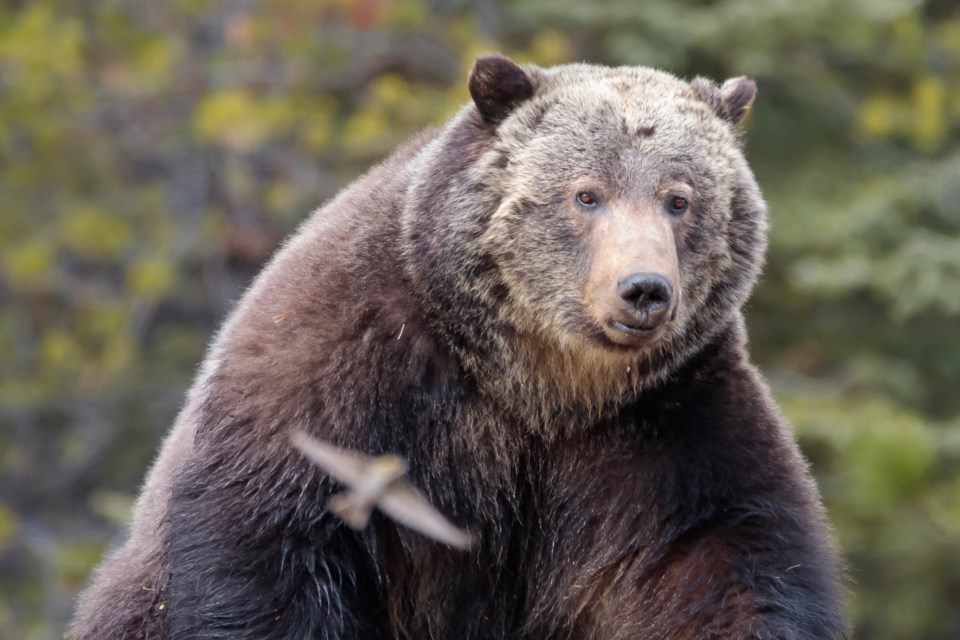 BOW VALLEY – As the buffaloberries are ripening on bushes across the Bow Valley, bears are coming out more frequently to eat and bulk up before the winter season – and this means the likelihood of bear encounters are much higher this time of year.

Buffaloberry, or shepherdia, season runs approximately from July to September, depending on how many ripen during the season. On average, black and grizzly bears can eat anywhere from 100 to 20,000 berries every day.

“We’re actually right in the middle of berry season and the berries that they eat – their primary food sources are buffaloberries,” said Wildsmart program director Nick De Ruyter.

During the berry season, bears are hyper-focused on finding food and according to De Ruyter, they’re not as attentive to their surroundings. Oftentimes, the bears are not as aware of the presence of humans, so they can be easily surprised.

Bears become more defensive and are threatened more easily, especially if they’re protecting their food, whether it be from humans, or other wildlife.

Recently, a viral video posted by @camila_in_canada of bear 136, a Banff grizzly also known as Split Lip, chasing another away from his food source of grain along the CP Rail tracks.

With more bears out foraging, especially during these peak tourist travel times, interactions between humans, bears and other wildlife increase.

To reduce the probability of bear encounters, De Ruyter advised to make lots of noise, always stay in groups, keep dogs on leash, obey closure signages and be aware of immediate surroundings – constantly scanning the area for bear signs, like tracks, or scat.

“This time of year, a good indication is it’s very easy to spot bears because their scat looks like strawberry jam … Normally their scat is dark, or black, or dark brown in colour, but this time of year it looks like strawberry jam and it’s very easy to see along the trail and they use the trails a lot to go from bushes to bushes,” De Ruyter said.

Another helpful thing people can do is to remove attractants, such as litter, recycling and food. For residencies with fruit trees and berry bushes in their backyard, De Ruyter wants people to be proactive and remove the attractants.

“Preferably sooner than later, because that fruit is starting to ripen and once it is ripe and starts falling off the trees, it is too late,” De Ruyter said.

Wildsmart can provide residents with pruning shears and extendable fruit pickers. Additionally, if people do not know what to do with the fruit and berries they’ve gathered, Wildsmart can also provide some guidance.

In the case where people do encounter a bear, it’s important to remember three words: stop, talk and walk. De Ruyter added that carrying bear spray is imperative both inside and outside of town limits.

For more information on how to avoid bears, what to do in the event of a bear encounter, or current bear reports, visit www.biosphereinstitute.org/.