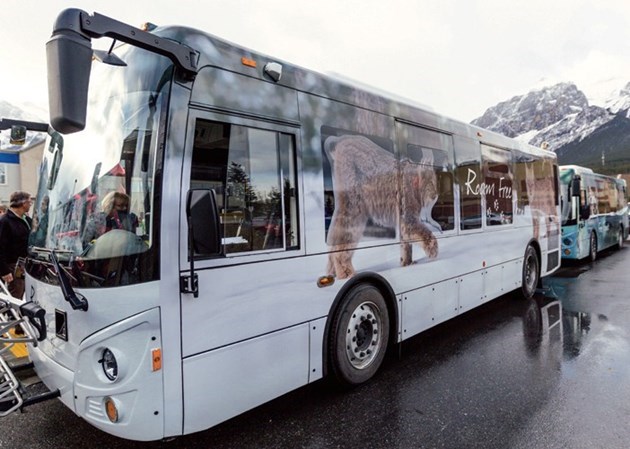 Two young-of-year bear cubs ran out in front of the bus around 10:45 p.m. as the bus was driving along Mountain Avenue, according to Martin Bean, CAO of the Bow Valley Regional Transit Services Commission.

He said one of the bears was hit by the bus and later confirmed dead by Parks Canada.

“The bus was traveling well below the speed limit, it was dark on the road and the driver didn’t have any time to avoid striking the bear,” said Bean.

He said the bus driver continued up the road until it was safe to pull over and immediately notified Parks Canada of the accident.

“Unfortunately we hear about bears being killed too often, but in Roam’s 11 years of operation and the thousands of service hours we’ve never had an incident involving a large animal,” said Bean.

“As a group, we’re devastated by the loss of this bear. At Roam we have a special connection with wildlife in Banff, which we celebrate with the photographs on all of our buses.”

Parks Canada said the cubs were traveling with their mother when one of the bear cubs was struck and killed in the Middle Springs area.

“The mother is with the other young-of-year cub and they are still occupying the area between the gondola towards the Cave and Basin,” said Dan Rafla, Banff National Park’s human-wildlife co-existence officer.

“The mother was never seen so we assume she crossed the road earlier.”

He said a bear warning remains in place for the area between the Cave and Basin along the Middle Springs neighbourhood and all the way to the upper hot springs.