Canmore’s elected officials accepted a policy that will guide the municipality toward reconciliation, including changing local signage to include translations in Treaty 7 languages. Council voted unanimously at its Oct.
Oct 12, 2017 12:00 AM By: Rocky Mountain Outlook 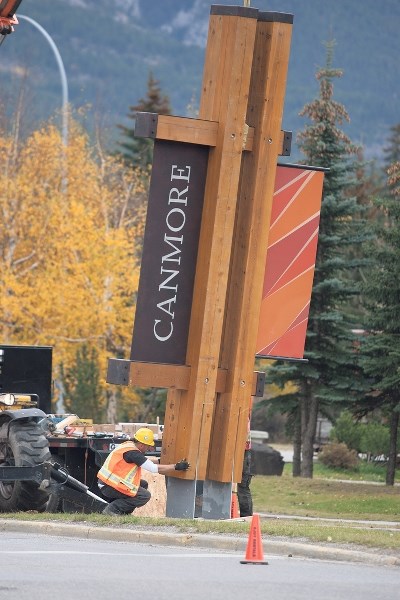 Canmore Mayor John Borrowman said recently he would like to explore including Indegenous names and translations on signage as a way to work on the Truth and Reconcilation calls to action as a municipality.

Canmore’s elected officials accepted a policy that will guide the municipality toward reconciliation, including changing local signage to include translations in Treaty 7 languages.

Council voted unanimously at its Oct. 3 meeting to accept the Town of Canmore commitments to the Truth and Reconciliation Calls to Action to guide administration’s planning for the future.

It meant a lot to Mayor John Borrowman, who has focused on the task of building relationships with representatives of the Stoney Nakoda communities.

Borrowman said any progress on building those relationships has been the result of simple actions and efforts to establish communication and create shared experiences together, the building blocks of all relationships.

“We have done some great things and renewed our friendship with our Stoney Nakoda neighbours, so this is great,” said the mayor.

Borrowman said one simple item on the action list, which included efforts to address multiple Calls to Action for Truth and Reconciliation, was to translate local signage into the Stoney Nakoda language.

The action item in the report recommended consulting with neighbouring Stoney peoples to determine where and what signage would be appropriate for translation.

General manager of municipal services Sally Caudill presented the report to council on behalf of a working group of Town staff, several of which attended a summit on Truth and Reconciliation at the Banff Centre for Arts and Creativity.

Caudill said the report and it’s recommended actions for the future are the beginning of the municipality’s commitment to be intentional, live in right relations and take meaningful action toward Truth and Reconciliation.

“What is in front of you tonight is our first attempt, or our best attempt so far, at trying to wrestle with the Calls to Action. There are 94 from the Truth and Reconciliation summit and to identify what things might be possible and reasonable for the Town of Canmore to do as a response to those Calls to Action,” Caudill said. “If council is to approve, we would take this to elders and the youth council of the Stoney Nakoda to get their feedback … it is meant to be a living document.”

It is work that is supported by the Social Development Strategy, accepted by council earlier this year and informed by other levels of government, and organizations like the Federation of Canadian Municipalities and the Alberta Urban Municipalities Association (AUMA), said Caudill.

There is also a Bow Valley working group focused on Truth and Reconciliation efforts that meets three times a year. Caudill said the goal of the group is to ensure any effort undertaken is meaningful, not duplicated, and Indigenous input included. She said Canmore’s accepted commitments would be taken to that group for feedback as well.

Caudill said items identified in the report would return to council through the budget process.