“I am satisfied that, in the circumstances of these offences and this offender, the sentences imposed were fit sentences … There is no basis for this court to interfere and the appeal is dismissed," wrote Justice B.E. Romaine in the decision issued Wednesday (July 22)
Jul 22, 2020 4:00 PM By: Jenna Dulewich 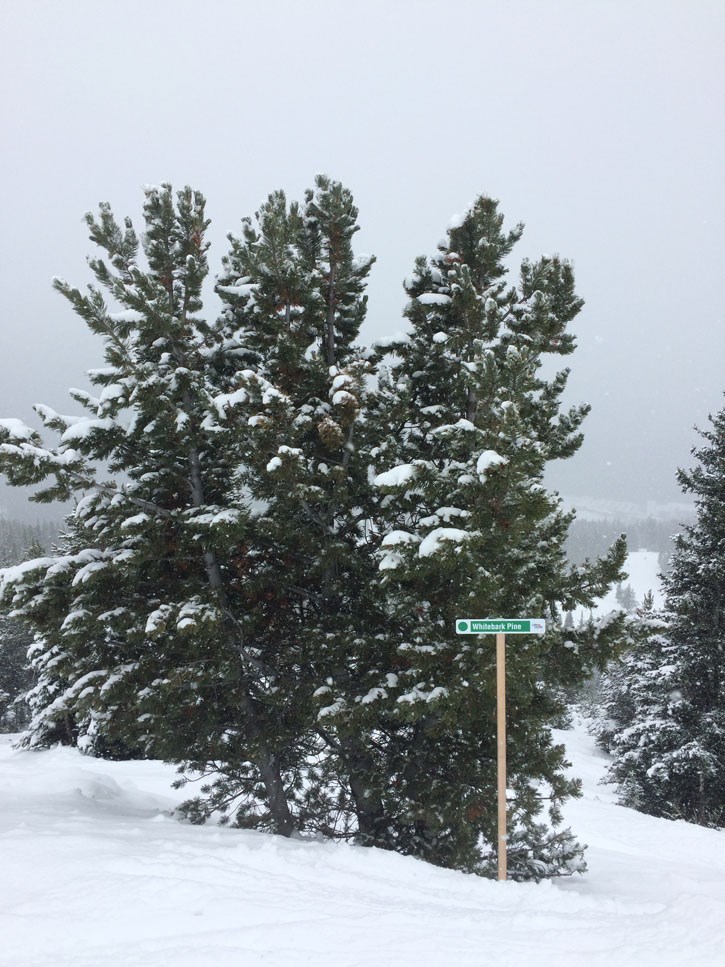 An example of one of the interpretive signs placed by the Lake Louise Ski Area next to endangered whitebark pine trees. RMO FILE PHOTO

LAKE LOUISE – Lake Louise Ski Resort is still set to pay $2.1 million in fines under the Species at Risk Act (SARA) for cutting down endangered trees, after a Calgary judge dismissed the resort’s appeal to have the sentence reconsidered.

“The sentencing judge was challenged by the fact that there are few environmental sentencing precedents analogous to the subject case. She provided a careful analysis and thorough reasons for her decision,” Justice B.E. Romaine wrote in her July 22 decision.

“I am satisfied that, in the circumstances of these offences and this offender, the sentences imposed were fit sentences … There is no basis for this court to interfere and the appeal is dismissed.”

The charges stem from a 2013 incident when Lake Louise Ski Resort employees did not have the required permits in place to do tree clearing on Ptarmigan Ridge and ended up destroying endangered whitebark pine trees. The tree species, which exists only at higher elevations in the Rocky Mountains, were listed as endangered the year prior and are protected under SARA.

In 2017, the ski resort pleaded guilty to charges under the Canadian National Parks Act and SARA to cutting down a patch of trees, including whitebark pine, between Aug. 12 and Sept. 23, 2013.

During sentencing, trial Judge H. A. Lamoureux imposed the fine of $2.1 million based on the fact of the 150 trees that were removed, it was determined 38 whitebark pine trees were destroyed, which contained 58 stems and 19 of the trees were more than 40 years old and able to reproduce.

Of the $2.1 million total fine, the $1.6 million imposed under SARA was allocated to the Environmental Damages Fund, and the additional $500,000 was for the destruction of a trees species in contravention of the National Parks Act.

Lake Louise Ski Resort officials followed up with an appeal, filed more than a year ago, with defence lawyer Duff Harper arguing the fine was “way too high.”

Harper also noted the estimated $40,000 cost of the ski hill's remediation plan, which included paying Parks Canada to provide whitebark pine seedlings for planting. The skill hill was also expected to establish an interpretation program that includes whitebark pine ecology, provide fact sheets to visitors and identify trees on its leasehold with educational signage, which has already taken place.

The trees in question are considered important for stabilizing steep slops, influencing the amount of snow melt by sustaining snow drifts and providing critical food, cover and shelter for other species of wildlife.

It was listed as an endangered species due to its projected decline of more than 50 per cent over a 100=year time period. The whitebark pine also faces decline due to the effects of the mountain pine beetle, climate change and fire exclusion where the Canadian government website notes, “likely, none of the causes of decline can be reserved.”

“The sentencing judge considered the appropriate sentencing principles and no relevant principle was overlooked or overemphasized,” Justice Romaine wrote.