"We've reactivated the Emergency Command Centre and we are actively and aggressively pursuing contact tracing between Stoney Health, Education and all the departments."
Oct 5, 2020 2:48 PM By: Jenna Dulewich 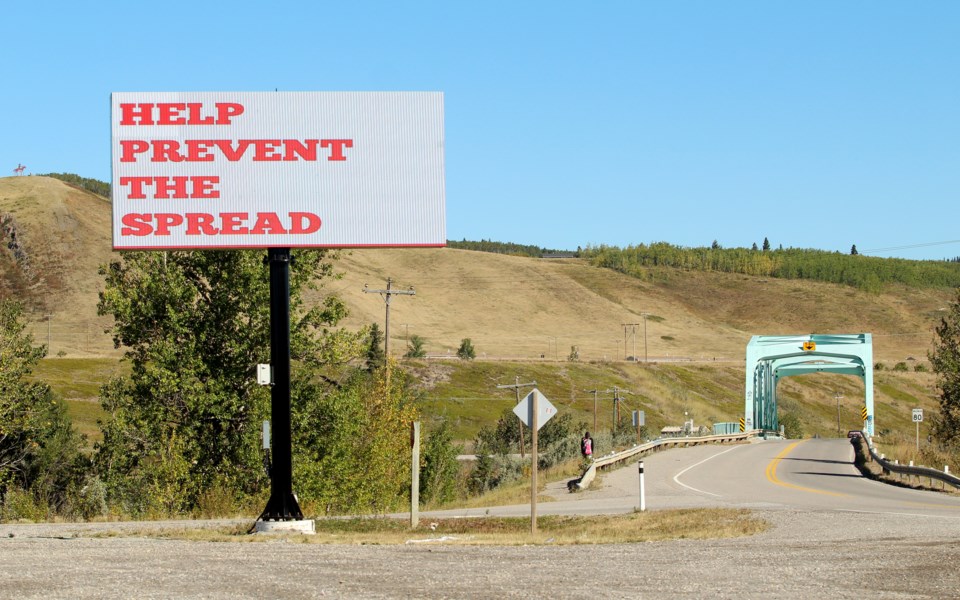 STONEY NAKODA – The three-band Nation reactivated its Emergency Command Centre on Monday (Oct. 5) morning, as two positive COVID-19 cases were identified in the Morley at the schools.

As of Monday morning (Oct. 5), Nakoda Elementary School and Morley Community School announced school closures from Oct. 5-9. The first positive case was confirmed Friday (Oct. 2) as a student in the high school who was last in attendance on Sept. 24, and the second positive case at the elementary school was confirmed on Saturday (Oct. 3). The person was last in the school on Sept. 29.

"We've reactivated the Emergency Command Centre (ECC) and we are actively and aggressively pursuing contact tracing between Stoney Health, Education and all the departments," Stoney Tribal CEO Ryan Robb said.

Initially, the plan was to close the schools for only two days, but the decision was made to close for the whole week while COVID-19 testing was being done so the results could be evaluated.

"Please understand while many may want to know names of who has tested positive, we are unable to disclose these names by law with the Freedom of Information and Protection of Privacy (FOIP) Act," Stoney Education Authority officials wrote in the Oct. 4 statement.

Earlier this year, the Nation had two separate occasions of confirmed positive cases in Morley and Eden Valley about a month after declaring a local state of emergency.

The first positive case in Morley was identified in April, while Eden Valley had 13 positive COVID-19 cases.

“Our focus remains on the health and wellness of everybody in our Nation. We are going to need your help to help stop the spread,” Bearspaw Chief Darcy Dixon said in an April statement.

“It is critically important that we continue to work together, abiding to the suggestions and cautions set out by our emergency management team and government officials.”

COVID-19 first hit Alberta in early March with positive cases jumping to more than 6,000 in the province and more than 100 reported deaths after two months. About 70 per cent of confirmed cases were in the Calgary zone.

Stoney Nakoda was the second reserve in Alberta to have confirmed COVID-19 cases.

By the end of April, 19 cases were confirmed between Morley and Eden Valley. Officials linked the high numbers of cases to the well-known outbreak at the Cargill meat-processing plant in High River, which was linked to more than 1,500 cases in the Calgary region, including three reported deaths.

By mid-May, Stoney Tribal officials confirmed the Nation was back down to zero active cases.

The Nation also asked visitors to stay home to reduce the spread, reminding neighbours that the "virus does not discriminate."

“Trespassing has always been an issue, so we are just trying to educate our neighbours ... These are private lands and I think people forget that. I don’t believe anyone is trying to be nefarious, but we need to protect ourselves as well,” Robb told the Outlook earlier this year.

Stoney Nakoda rescinded its state of emergency on June 19.

“Ending the [state of local emergency] does not mean that the pandemic is over,” Nakoda Emergency Management wrote in a June statement.

“It recognizes that the initial efforts of Albertans and specifically the Stoney people have worked in keeping numbers low. With the province implementing phase two of the relaunch, the emergency management team will continue to monitor the situation and report accordingly.”

While the province announced reopening schools under scenario one with full-time classes resuming with health measures back in August, Stoney Education Authority was able to choose option two as a federally-funded, self-managed reserve school.

Some of the changes proposed in a live Q and A last month included no more field trips, no inter-school sports, no gatherings, no outside groups brought in and the introduction of cohort classrooms. The classrooms were broken up into two cohorts, where cohort one and cohort two alternate each day, with homework provided for the days the students are at home.

"Rest assured, Morley Community School has undertaken numerous steps to help mitigate the risks of COVID-19 transmission for the safety of students and staff, and we remind families to monitor for any signs or symptoms of COVID-19 using the daily health screening questionnaire," SEA officials said in an Oct. 2 statement.

SEA reminded staff and students, when school resumes next week, that if they are displaying symptoms to stay at home until they have been assessed by Alberta Health Services or Stoney Health Services.

"It will remain our expectation that all staff and students will continue to follow all protocols in the schools including physical distancing, mask-wearing, hallway directions and classroom procedures," SEA wrote.

"The health and safety of our students and staff remains our highest priority."

Stoney Tribal officials said they will continue testing at the health centre and will keep an eye on the situation.

The Bighorn reserve is located within Clearwater Country and was formed in the late 1940s, approximately 160 kilometres north of the more well-known Morley reserve. Eden Valley is located further south, near Longview. The most recognized reserve location is Morley, approximately 56 km west of Calgary, with borders along the Municipal District of Bighorn, Canmore, Kananaskis Country, Rocky View County and Cochrane.

The bands and reserve locations are known as the Stoney Nakoda First Nation, which has a population of approximately 4,000-5,000.