Alpine Canada has named its Lake Louise world cup lineup and 2017 world championship silver medallist Erik Guay will lead the charge for a medal on home soil, this weekend (Nov. 25-26).
0
Nov 23, 2017 12:00 AM By: Rocky Mountain Outlook 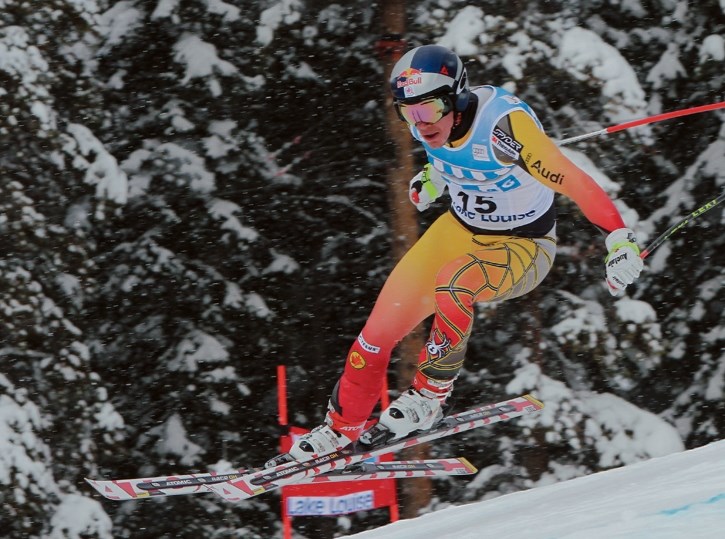 Alpine Canada has named its Lake Louise world cup lineup and 2017 world championship silver medallist Erik Guay will lead the charge for a medal on home soil, this weekend (Nov. 25-26).

Guay, 36, is on the hunt for an Olympic medal to complete what has been a legendary career. With 25 medals to his credit to date, 2010 Crystal Globe winner Guay is the most decorated Canadian skier, and has shown no signs of slowing down. He finished last season ranked fifth in the world on super-G, and ninth in downhill.

Manuel Osborne-Paradis already has one win at Lake Louise, dating back to 2009. He cracked the top-10 on the circuit 10 times last season. He won a bronze medal at the 2017 world championships and is more than capable of putting together a stellar run in Lake Louise.

Dustin Cook is hunting to rediscover his 2015 form, where he won a silver medal at world championships in the super-G. Cook represents the future of Canada’s ski program, and is hunting to regain his top form.

The pride of Invermere, B.C., Ben Thomsen, and Broderick Thompson of Whistler, B.C., will also be on the start line for Canada, as will prospect Tyler Werry. Brodie Seger and Jack Crawford will also battle it out for the final start spot.

Lindsay Vonn will defend her Lake Louise crown Dec. 1-3, while Team Canada will send a young group of athletes to the home world cup.

Valerie Grenier of Mont Tremblant, Que. led the Canadians last year with a 16th-place finish in the downhill. Grenier, 21, wants to improve on that result.

Marie-Michelle Gagnon is paying more attention to speed races after spending much of her career as a technical specialist. She’s aiming to improve on a career-best sixth-place finish on the world cup.

Mikaela Tommy and Candace Crawford will also chase top-30 results in Lake Louise, as they hunt results early in their career.

It’s free to watch the races at Lake Louise, and races will be broadcast by CBC.