If a packed Banff Town Hall is a barometer of interest, the future of transportation is e-bikes.
0
Apr 5, 2018 12:00 AM By: Rocky Mountain Outlook 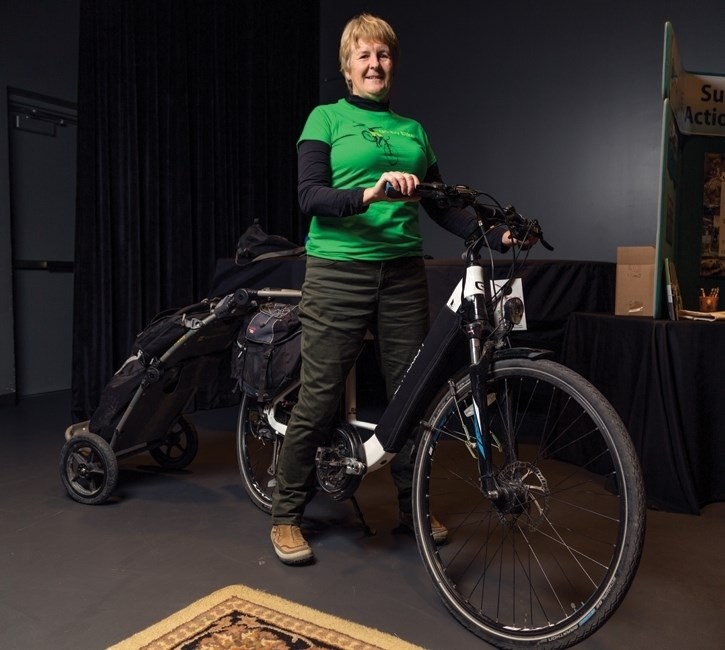 Mandy Johnson of Community Cruisers sits on her pedal assist electric bike in 2017. The e-bikes, which range from $2,000 to $5,000, can provide 100km of powered range and can turn a 30-minute hard hill climb into a 12-minute easy ride.