Dirty Catfish Brass Band’s (DCBB) aim is to inspire, create and instigate – but, mostly, they just want you on your feet. Catch this big, brash band when they play Banff’s Wild Bill’s Saloon on Aug. 3.
Jul 28, 2016 12:00 AM By: Rocky Mountain Outlook 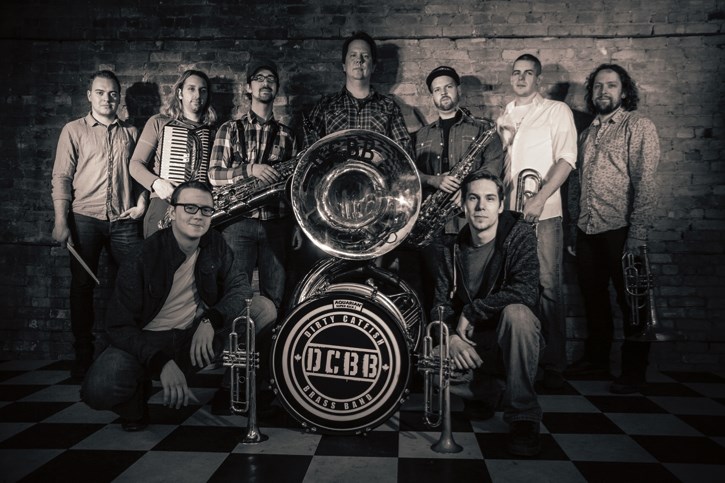 Dirty Catfish Brass Band’s (DCBB) aim is to inspire, create and instigate – but, mostly, they just want you on your feet.

Undeniably tight, yet reckless as hell, the band deals in powerful phrasing and performances drenched with rhythm. Invoking the sounds of the New Orleans brass tradition, the 10-piece collective dares to re-imagine the streets of a prairie city as one that is hot, alive, and brimming with soul.

Based in Winnipeg, the crew strives to surprise, challenge, tickle and pay homage to the New Orleans tradition by giving it a new audience in an unsuspecting locale. In true Louisiana tradition, these boys stick to the spontaneity of festivals, alleyway performances and all around late nights. The band doesn’t ask permission to play, and the crowd certainly doesn’t ask them to stop.

DCBB has shared the stage with the likes of Five Alarm Funk, Delhi 2 Dublin, ALFA, The Bros. Landreth and JP Hoe and were featured at the 2013 Winnipeg Folk Festival joining night headliners Galactic, for their final encore.