Canada is a big country as Amanda Rheaume and Marc Charron are finding as the two independent singer-songwriters from Ottawa tour the nation together.
Sep 15, 2011 12:00 AM By: Rocky Mountain Outlook 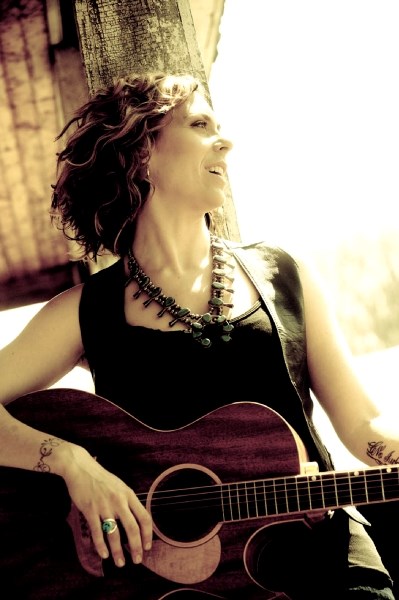 Canada is a big country as Amanda Rheaume and Marc Charron are finding as the two independent singer-songwriters from Ottawa tour the nation together.

They stopped in Banff and Lake Louise at the end of August for shows as they headed west and return on Tuesday (Sept. 20) for a show at Bruno’s Bar and Grill in Banff on their journey back across the country.

“The tour is going awesome,” said Rheaume. “We’ve got 50 gigs in 10 weeks and they’ve all been awesome so far. Pretty much no complaints – really good response, the crowds have been great.”

The two are each playing their own music and being supported by the other.

“We’re two singer-songwriters and we’ve learned each other’s music, and we do a duo show that showcases both of our music,” said Rheaume. “Marc plays the drums with his feet while he plays guitar and sings at the same time, so our sound as a duo is quite big – there’s a big spectrum – we cover a lot of ground.”

Touring with another musician in this way has been a great experience, said Charron.

“It’s very complimentary,” he said. “We listen a lot and we watch each other for cues. People have been saying they love watching the interaction, the dynamic, because we talk and we’re changing songs on the fly and how it feels, and it’s been really cool.

Rheaume and Charron have known each other for years, but prior to this tour had not played together.

“We’ve never played together, but we both play the exact same kind of gigs,” said Rheaume. “When I was booking this tour, I thought of Marc – instrument-wise he comes with so much – he’s playing guitar and drums, he’s got a fantastic voice, he’s super musical, and I always got a really positive feeling from him. I thought of touring with another artist, and I asked him.”

“Thank God she did,” said Charron with a laugh. “After the first rehearsal we had, I knew it would work. We just kept on at it, and with every show, we’ve been getting stronger.

“We’ve been doing a whole bunch of venues on this tour, everything from small coffee shops to corners of clubs to big festivals and theatres. It’s been really neat to feel out the songs in all these different places. I usually tour by myself, so this is dreamy.”

“It’s a challenge, and a positive challenge, every night,” he said. “You can get so used to the routine of playing your own songs, and doing what you always do; but when you’re touring with someone else that’s also playing their music and you’re supporting them, it’s a really neat dynamic.”

Rheaume has played in Banff several times before and has been looking forward to returning once again.

“I’ve played at Bruno’s and Wild Bill’s,” she said. “Banff is beautiful and I’ve made lots of really good friends, specifically at Bruno’s. It’s just a really good time and vibes here. It’s just such a friendly environment, I really love playing here.”

Both described their music as being roots-oriented, though in different ways.

“My music – it’s like folk roots with a bit of a twang here and there,” said Rheaume. “Not country, but on this tour I’m playing as a duo, so it’s very folk roots.”

Charron described his music as being about getting people up and moving and singing along.

“My music’s awesome. It’s epic, bouncy, rootsy, rocky,” he said. “It’s got a lot of movement and is very driving and is best listened to in a car when you’re driving fast.

“I like to bring a good feeling to people, I think that’s what my music does. It gets people really moving, toe-tapping, and I can get people to sing – and I like that, I like hearing other people’s voices added to the choir like that.”

Both artists are touring in support of new albums. For Charron, it’s a three-song EP project, with the latest release titled Pizza For Breakfast. For Rheaume, it’s her first full-length album, Light Of Another Day.

“This year I decided to release an 11-song, complete book with chapters – that’s how it feels – and it’s got a band sound, lot of percussion, there’s some pedal steel, harmonica, fantastic musicians,” she said. “It’s a series of songs that I worked really hard on lyrically. I tried to dig a little deeper and be a little more honest and try to make a tie-in to what other people might be going through.”

Following the Banff show, the duo heads south to Fernie, then east for the long road home. Their progress can be followed online with their tour blog at maplerootstour.com