It was a night to remember. The inaugural issue of the Banff-produced Canadian Rockies Annual took home no less than five awards from the 2017 Alberta Magazine Awards.
Mar 23, 2017 12:00 AM By: Rocky Mountain Outlook 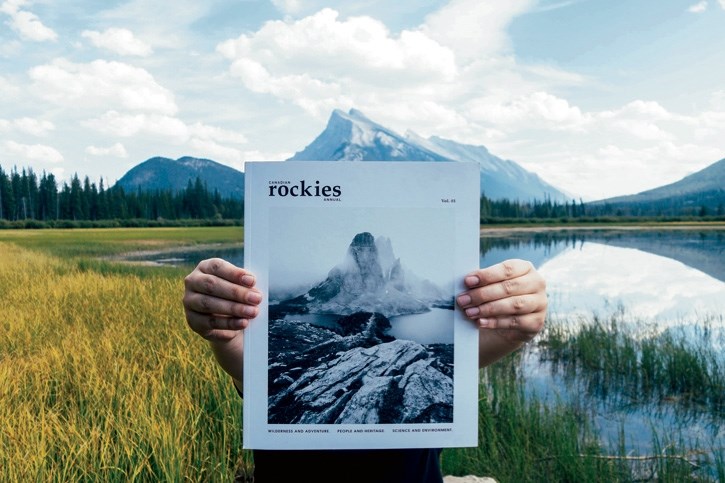 It was a night to remember.

The inaugural issue of the Banff-produced Canadian Rockies Annual took home no less than five awards from the 2017 Alberta Magazine Awards.

“You work so hard, for so long, to create the best possible magazine. To be acknowledged and affirmed by our industry tells us we are on the right track.”

Their publication, which includes a deep and insightful variety of articles and images by Rockies’ writers and photographers, won best new magazine for 2017.

Overall, the volume was named a finalist in seven categories, including best digital presence (Crowfoot Media), best art direction for a single issue (Dee Larosa), and best Alberta story (Tera Swanson’s Patterns of the Past).

Publishing an annual magazine is a long and rigorous process, Ward said, but winning awards is testimony to the value of the effort involved.

“Our internal goal all along was to create award-winning content,” Ward said. “To accomplish that we felt we needed to break the mold with the format of the magazine by putting all of our resources into a single, high-quality coffee table magazine that would be published once per year. It is a long and rigorous process, but it has certainly paid off.”

The CRA is published by Crowfoot Media, which launched in 2015. The inaugural volume of the magazine hit the shelves last May. Its 3,500 copies were distributed at retail shops throughout the region, and across the country through outdoor retailer MEC, while subscriptions are mailed around the globe.

With subscriptions for volume one selling out, the team is excited to be closing in on publishing volume two on April 30, all in an effort to celebrate stories of Rockies culture on its pages.

“The awards are keeping us especially motivated as we move into our last few weeks of production on volume two,” Ward said. “The magazine is largely inspired by the incredible mountain region and culture is represents. We wanted to create a place to tell the stories of this place as professionally and beautifully as possible.”

Creation of the CRA has also provided an opportunity to combine the skill sets of its core team members – copy/associate editor Jennifer Groundwater, editorial assistant Tera Swanson, and Ward, Larosa and Zizka.

“Working with other creative people in itself is a very inspiring process to be a part of,” Ward said.

The launch party for volume two of the Canadian Rockies Annual is set for April 30 at Park Distillery in Banff. Tickets are $15 and include a copy of the magazine, ($20 after April 15), plus live music by Shred Kelly. Visit crowfootmedia.com/events for tickets or more info.