Whyte Museum celebrates late founder, Extras in Alberta wanted for HBO's The Last of Us 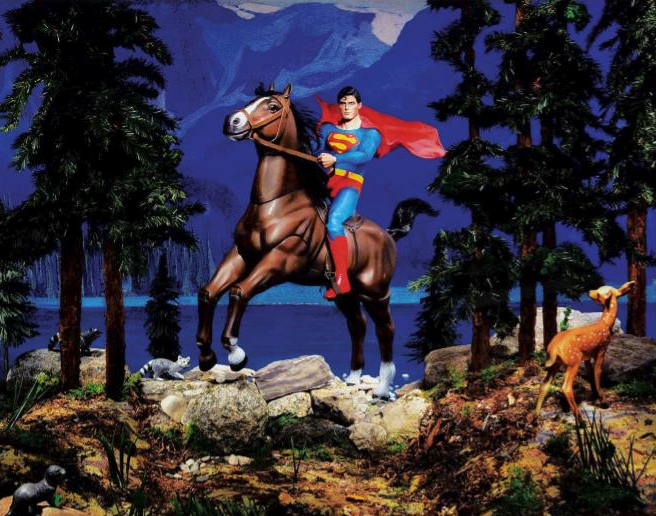 Diana Thorneycroft's "Lake O'Hara (Clark, Northern Dancer and the Evil Weasel)" will be among the items up for grabs for the Whyte Museum's online auction. SUBMITTED PHOTO

BANFF – The late Catharine Robb Whyte would have turned 115 this year and the Whyte Museum is honouring its founder with an online auction.

The auction, taking place between June 1-13, will support expanding virtual access to the collections and enhanced Indigenous programming.

"We are delighted to be working with Levis Fine Art Auctions on this special event, which will help celebrate the 115th anniversary of our remarkable founder Catharine Robb Whyte,” says Whyte CEO Donna Livingstone in a press release.

“It’s been wonderful to see how quickly and generously people responded with donations. It speaks to the role that the Whyte has played in mountain culture for more than 50 years.”

Over 160 auction items will be offered at levisonlineauctions.com including paintings, photographs, folk art, sculptures and ceramics.

HBO's new television show The Last of Us is looking for extras for filming in southern Alberta.

The casting call for the post-apocalyptic thriller is for all ethnicities 18 years and older around the High River, Fort McLeod, and Calgary areas.

For more details and how to apply, visit the Keep Alberta Rolling Facebook page.

The Last of Us is based after an action-adventure video game set in a hostile dystopian United States.

HBO's adaptation is starring Pedro Pascal, best known for his work on HBO's Game of Thrones as Prince Oberyn Martell; Netflix's Narcos as Javier Peña; and Disney+'s The Mandalorian as the Mandalorian.

Six local musicians will perform at a provincial competition after demonstrating "an ability to perform at the next level" at the Bow Valley Music Festival (BVMF).

The 2021 BVMF had a record number of entries with more than 70 individuals from Banff, Canmore and Cochrane and had 180 performances at this year's virtual event. Entries included speech, classical voice, musical theatre, fiddle, classic strings, brass, woodwinds and piano.

The YWCA Banff is introducing the Dr. Priscilla Wilson Change Maker Endowment Fund with a $240,000 donation from the Wilson family.

An additional $30,000 was raised by the YWCA. The fund will honour Dr. Wilson and advance women's leadership and gender equality in the Bow Valley and be managed by the Banff Canmore Community Foundation.

“Building an endowment to support sustainable future investment in women and leadership is exciting for our organization, and we are incredibly grateful to the Wilson family for this remarkable gift,” said Ebony Rempel, YWCA CEO in a press release.

“Giving to the endowment fund is a great way for supporters to make a lasting gift of any size that will grow and support the organization for years to come.”