Parks Canada has decided against allowing e-bikes on backcountry trails in the Lake Louise area, pending further evaluation and monitoring
Sep 20, 2019 10:00 AM By: Cathy Ellis 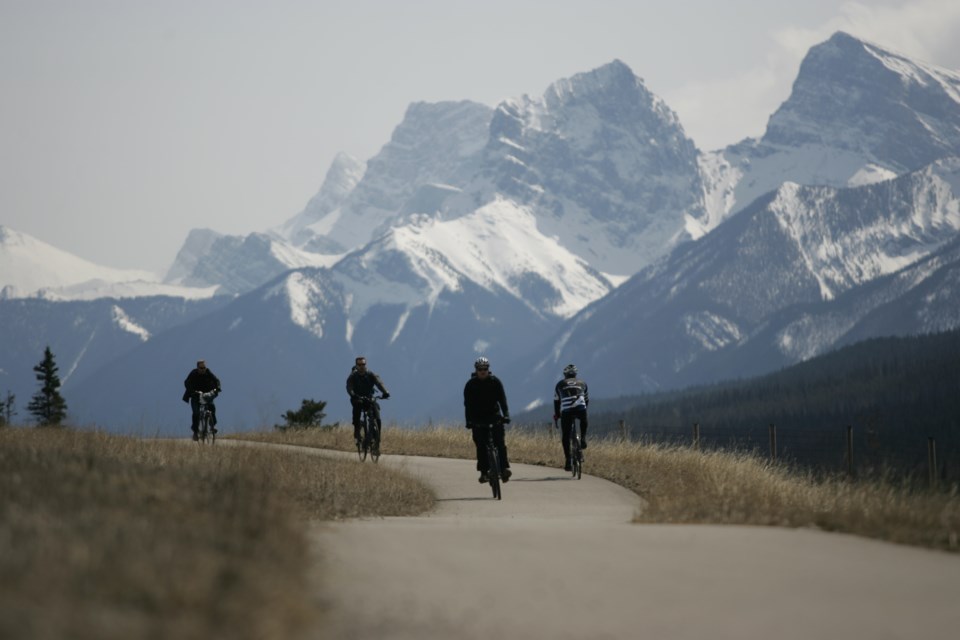 Power-assisted bicycles, also known as e-bikes, are prohibited on trails in Banff National Park, except trails within the Banff townsite, the Banff Legacy Trail from the Banff east gate through the Town of Banff to the east end of the Bow Valley Parkway. RMO FILE PHOTO

LAKE LOUISE – Parks Canada has reversed its decision to allow e-bikes on backcountry trails in the Lake Louise area following strong opposition to the move.

Earlier this year, the federal agency announced e-bikes would be allowed on several trails in Lake Louise where mountain bikes are permitted, including the Pipestone trail and the Moraine Lake Highline trail.

But following recent discussions between the Banff and Lake Louise, Yoho and Kootenay field units, Parks Canada officials say it was decided to align policies and keep all peddle-assisted e-bike use in more front-country zones.

“Further monitoring and evaluation of trail use in the Lake Louise area by our environmental assessment team will determine if the trails recently restricted to e-bike use  – but are still open to mountain bike use – will be re-considered for e-bikes in the future,” said Lindsay McPherson, a spokesperson for Banff, Yoho and Kootenay National Parks.

Power-assisted bicycles, also known as e-bikes, are prohibited on trails in Banff National Park, except trails within the Banff townsite, the Banff Legacy Trail from the Banff east gate through the Town of Banff to the east end of the Bow Valley Parkway.

The group had argued greater speed, range and relative silence of e-bikes is likely to lead to increased visitor and wildlife conflicts, degradation of wilderness values, and ultimately, add one more stressor to an already struggling ecosystem.

Reg Bunyan, the group’s vice-president, said BVN conceptually supports use of e-bikes on selected hardened front-country trails, especially those where there is less potential for wildlife conflict and those that may reduce downstream vehicular parking and traffic congestion issues.

“Any future decisions on e-bike use must be viewed in the context of the current park management planning process, a future visitor management strategy and consistency with Parks Canada's own management objectives.”

Parks Canada’s national guidelines on bicycling on national park trails, including pedal assisted e-bikes, came out in February 2019. Under that policy, each park or site has the authority to determine if e-bike restrictions will be in place, and on which trails.