The time and age of Renegade 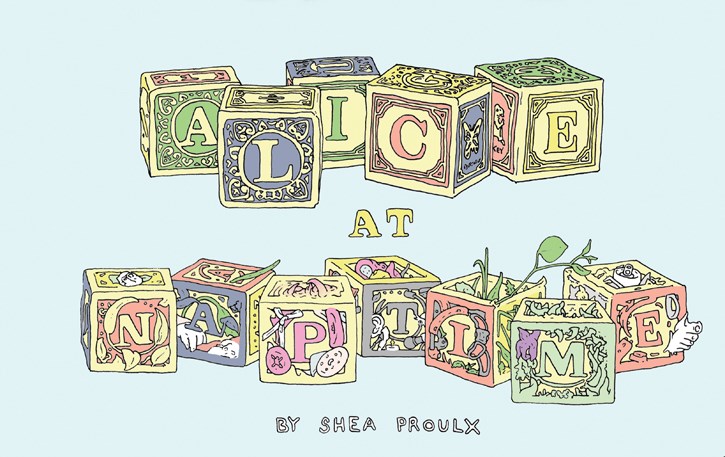 It’s been a busy spring for Renegade Arts Entertainment.

Along with Duty, Honour & Izzat: From Golden Fields to Crimson – Punjab’s brothers in arms, the Canmore-based publisher has released a pile of new graphic novels in time for last month’s Calgary Comic & Entertainment Expo.

But given the recent hit-and-miss weather, it all makes for some great fire-side reading on those rainy or snowy days.

In typical Renegade fashion, these titles are unique, diverse and come with a Canadian bent.

Among these new books, there’s an exploration of the creation of Canada’s first socialist party, the Co-operative Commonwealth Federation (CCF); a parent’s love and fascination with her napping baby; and a hilarious take on the lives of some of the greatest horror and suspense writers.

1st Legion of Utopia: An epic tale of killers, queers & the birth of Canadian socialism, written by James Davidge with Bob Prodor (art), Nick Johnson (colours) and Ryan Ferrier (letters), is set in Calgary and region in the early 1930s.

With the creation of the CCF as a backdrop, Davidge has crafted a story about the shift towards socialism during the Great Depression that would have a profound effect on Canadian history and identity.

But while the CCF never governed and was later absorbed by the NDP, many of its ideas stuck, particularly health and unemployment insurance.

As a result, 1st Legion of Utopia is timely story that is as relevant as it was nearly 90 years ago.

“As we shift from the growth economy of the 20th Century to the necessarily sustainable economy of this century demands, we are challenged to maintain the noble policies of providing health care and education to all,” Davidge writes.

Alice at Naptime, written and illustrated by Shea Proulx of Calgary, is a meditation on parenthood – the joys, the fears, the questions and the realities – built around surreal sketches of a napping Alice.

As Proulx says at the beginning of her graphic novel, she used to draw regularly, but then after Alice’s birth, she drew only when Alice napped.

Proulx draws Alice because at that moment Alice is her world, or as she writes, “Right now she’s everything.”

Every page features a new sketch that has grown organically from the previous sketches, morphing and changing page by page, until it is an entirely new drawing.

But the story is more than just images of a napping baby, the accompanying text, poetic and thoughtful, delves into the extraordinary joy and fascination new parents find in their infants.

The Spine Chillers, written and illustrated primarily by Ben Clark, along with a few guest artists and writers, joyfully wallows in the irreverent traditions of British comedy.

In it, Clark promises readers will discover the “true” stories behind some of the greatest horror and suspense stories ever written.

“… you will discover the little known story about the time that some of the greatest horror writers of all time lived together in a grotty boarding house under the protection of the formidable Mrs. Parkinson,” writes Clark.

These writers include Edgar Allan Poe, H.P. Lovecraft and Ambrose Bierce, along with Charles Dickens and Arthur Conan Doyle, who points out it’s “Sir” before getting into a fist fight with Lovecraft.

They’re often ill-tempered and prone to squabbling. Their behaviour, albeit largely Lovecraft’s, gets them kicked out of every comic and entertainment expo they attend, including Calgary’s.

The masters of horror make for rather unusual comedic subjects, but The Spine Chillers is proof that comedic inspiration can be found in unusual places.